A Smarty To Rule Them All - Chapter 8 [By Pyrofireflame12]

Welcome back to the main series after that small interlude cough cough the fate of Blueberry and The Smarty. Good riddance to them, but now we have to catch up with Odin, and find out that Acorn is a little more special than we realized.
. . .
You are Odin, and are currently riding in the back of a truck with your herd, and Aurum. Aurum’s with you because Caiden and Janet want to learn more about how you act, so they sent her to observe you. Apparently, it’s her ‘vacation’ since she works with the other fluffies all day and enforces the rules. You don’t know if she’s relieved or just thinks of this as more work. But you decide to doze off in the truck, and enter the realm of sleep.
. . .
Blood. The scent of blood hangs in the air. You know this dream. Because it’s a nightmare you’ve had dozens of times over and over.

That odd fluffy entered your herd in the days of living in the hellscape that was your father’s herd. He said his name was Bigby, and he was welcomed with opened arms. But only you could see through it. He wasn’t normal. That crazed look in his eyes whenever he looked at a foal scared you. And that spiral in his eyes terrified you.

The foals began to disappear. Nobody knew what happened but you, but you felt afraid to tell anyone. Clumps of fur on his limps, some splashes of blood on him that he always claimed were from him trying to fight off the monster. Some had assumed Seashell, but no. She wasn’t a monster. HE was a real monster.

The night you awoke to a hoof slamming down on your back was the first time you felt real terror. Those razor sharp teeth latched onto your leg, and blood began to flow. It only made him clench down tighter. You screamed in agony, and your mother came running. Then your father. Then the rest of the herd. And all that remained was a broken, bloodied corpse.
. . .
“Odin?”

You jump back in surprise, but it’s just Mabel.

She doesn’t seem to believe you, but leaves you alone.

“Well, I have some bad news. I need to make your safe room and get everything ready, so you’re staying at the daycare I work at until I can come swing by and pick you up. Now I’m trusting you to protect your whole herd, because not every fluffy accepts Alicorns and brown ones. Got it?”

“Can we just go to this daycare already?”

“Fine.”
. . .
As the herd is deposited into a large pen, you look around. You see a human in the corner, and Mabel tells you his name is Daryl. Daryl knows about your intelligence, and frankly doesn’t care because it means that you can enforce the rules. Aurum elects to stay at your side, but you tell her that she should have fun. And as soon as you look away, a fat, pink mare with a purple mare is shouting at Seashell. Her colors make your eyes bleed, and Peanut and Acorn are doing their best to protect her.

God, it’s going to be a long day. You trot up, take your usual protective stance (peanut once again at your side, you like his enthusiasm), and begin your tired yelling.

“Don’t you dare talk to my herd like that. Do it again and you’ll regret it.”

And at that moment, Daryl barges in, Aurum trailing behind him. “What’s going on here? You better not be fighting.”

“Oh no, how tragic!” Daryl picks you up and starts dragging you away.

“Hey, HEY! WHAT THE FUCK? IM INNOCENT HERE!”
. . .
Daryl places you down near one of the Sorry-Boxes the daycare has. “Alright, listen here uhh… What’s your name?”

“Fitting. Anyways, I could not care less about punishing you. Didn’t even do shit, but there is something you can help me with.”

“Well it’s company policy to punish any fluffy breaking the rules so they learn it when they go home, but only if you witness it. That bitch mare has been starting shit and threatening other fluffies ever since she first arrived, and with you here, I can get some payback.”

You smile, you like this guy. “Well then, what’s the plan?”

“I already discussed it with that golden mare. I want you to attempt to start shit with her, so I can barge in, and actually witness it. Then she gets the sorry box, and gets an ass whooping for fights. Just stay here so she thinks you got punished. She screams like a fucking air raid siren if you don’t.”
. . .
You arrive back, and the herd is already huddled into a corner, and you notice Princess is eating their food. You walk up to her food bowl, and start eating it.

“You’re eating their food, why shouldn’t I eat yours?”

You immediately start eating as much as possible, watching her out the corner of her eye. She’s screaming in rage, and charges at you. It was more of a slow waddle and bumping her head into your side, but you finish eating and look at her, enraged.

You let her pummel you, but it really doesn’t hurt. It’s about a minute of this, until she screams “GUN GIF WOWSTEST SOWWY POOPIES!”

Now here’s a funny thing. You’ve never actually used a fluffy’s natural self defense mechanism of shitting on whatever the hell made you mad. But you do know that it is horrible, so you step out of the way while she lets loose a rancid torrent of shit. Just then, Aurum comes up to you, with a satisfied grin. Daryl runs in.

“PRINCESS!? DID YOU MAKE BAD POOPIES! DID YOU HURT THIS POOR FLUFFY?”

“REALLY? Well then, let’s ask these poor fluffies!” He turns to your herd. “Did this mean mare make bad poopies?”

Daryl turns back. “Bad poopies, sorry poopies AND starting a fight? You’re going to get the worst sorry sticking, the sorry box, AND your dad will know about this.”

The screams fade away as Daryl takes her to the back. When you turn back, almost every fluffy in the daycare has formed a ring around you. Shit.
. . .
You are Princess, and you were terrified. That stupid monster fluffy, that poopie mare and stallion, the mares baby, and that stupid meanie fluffy, ALL OF THEM! They got you caught, and now you were going to get hurties, heart hurties, and worst of all, Daddeh was going to know! When he knew what you did, the hurties would never go away until another bright time…

You get slammed down onto a table, and it hurts alot. That dummeh hoomin looks at you.

“Listen up bitch. You’re going to suffer for what you did to all of those fluffies.”

“AND THIS, IS FOR STAINING THE GOD DAMN CARPET WITH YOUR SHIT, WHY DID THEY EVEN MAKE THIS PLACE HAVE A GOD DAMN CARPET, IT’S GOING TO BE SUCH A PAIN IN THE ASS TO CLEAN, YOU STUPID MOTHERFUCKING SELF ENTITLED SPOILED-” CRACK! “-BITCH!”

At this point, you can only chirp and peep as the dummeh hoomin locks you in a sorry box.
. . .
You look around at the ring of fluffies, and a white fluffy with a green mane comes up to you.

The fluffies erupt in cheers. The whole herd looks just as confused as you. Then Acorn makes a mistake. “Smawty am bestest smawy ebah! Awways hewp hewd!”

All you can hear is screaming about a new smarty, bestest smarty, nummie finders, toughies, and are swarmed by the fluffies. Daryl walks into the scene.

“Oh christ, alright hold on.” He picks you up out of the pile and they begin to swarm him. Luckily, Peanut has a bright idea. He steps in between you and the group, and asserts his authority.

They immediately scramble off into various parts of the pen. Peanut looks up at you with a smile. “Di’ Peanut du gud?”

He did very good.
. . .
The rest of the daycare was uneventful. The fluffies gave you personal space after Peanut’s quick thinking, and you didn’t even have to paralyze anyone today! What luck!

When Mabel came to pick you up, Acorn suddenly shouted.

You all stop what you’re doing and rush over. Peanut is ecstatic, Aurum is happy, and Seashell looks slightly conflicted. You look over, and realize why. Because right in those tiny red eyes, was a spiral pattern.

Glad that bitch Princess get her ass whip good.

This made me chuckle more than it had any right to.

The night you awoke to a hoof slamming down on your back was the first time you felt real terror. Those razor sharp teeth latched onto your leg, and blood began to flow. It only made him clench down tighter. You screamed in agony, and your mother came running. Then your father. Then the rest of the herd. And all that remained was a broken, bloodied corpse.

Not sure if the only reason that cannibal was killed is the sheer numbers of regular fluffies swarming him, but it pleases me to find someone who doesn’t portray cannibal fluffies as unstoppable death machines capable of wiping out herds.

Yeah. Cannibal fluffies are described as fluffies that are just stronger and have sharper teeth. Stronger muscles don’t mean you can walk into a gym and beat everyone to death without injury.

Exactly, it always irks me whenever I read “sharp teeth and spiral eyes”, because more often than not I am in for a Mary Sue, overpowered fluffy who can 1v1 EZ 360 NOSCOPEZ normal ones, oftentimes taking on entire groups successfully and suffering little to no damage in the process.

You put it down perfectly.

Stronger muscles don’t mean you can walk into a gym and beat everyone to death without injury.

I appreciate cannibals either feasting on carcasses or weak fluffies/foals, especially when they have to put in some finesse to avoid getting curbstomped, showing the inner struggle of keeping their hunger in check, rather than Metal Gear Rising Fluffies. 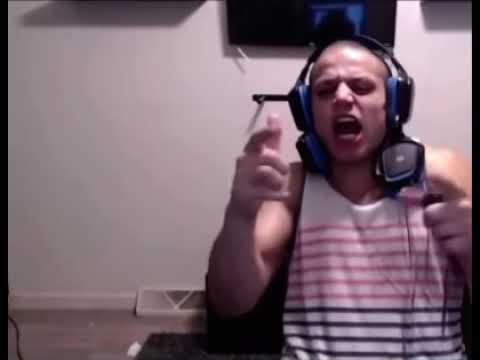 Guilty, I thought of the same thing.

You let her pummel you, but it really doesn’t hurt