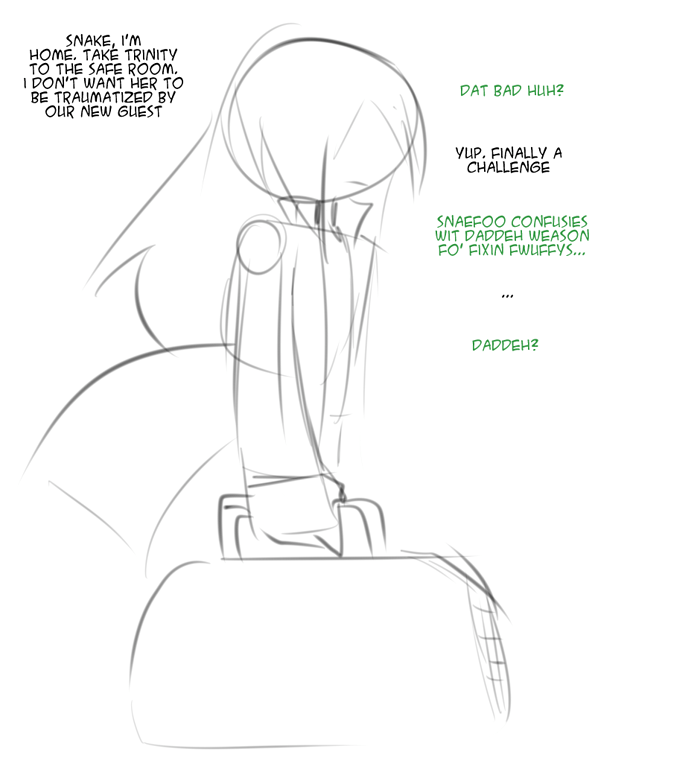 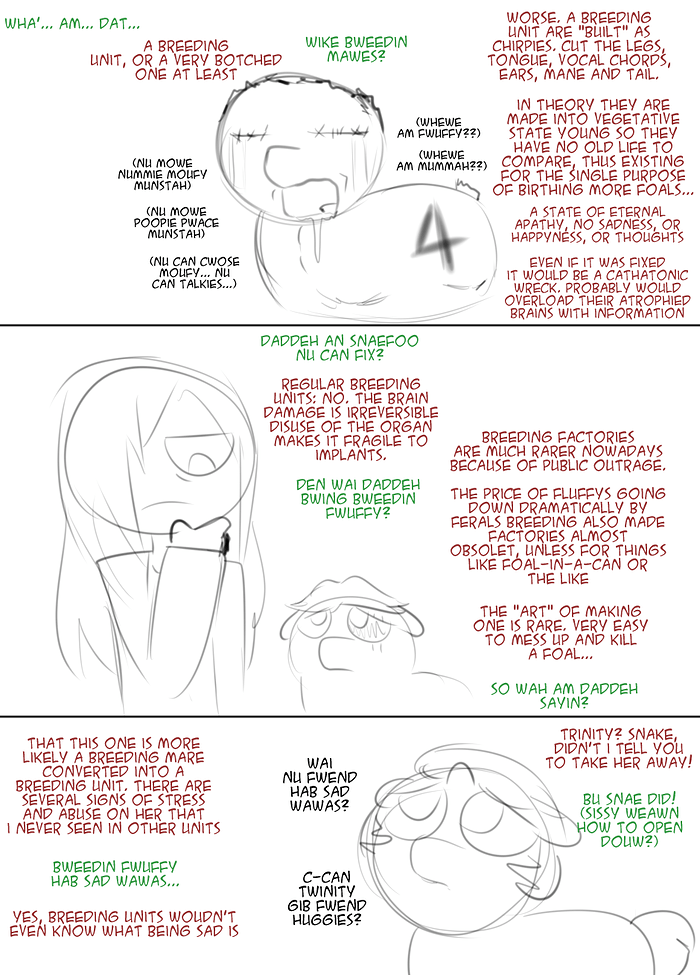 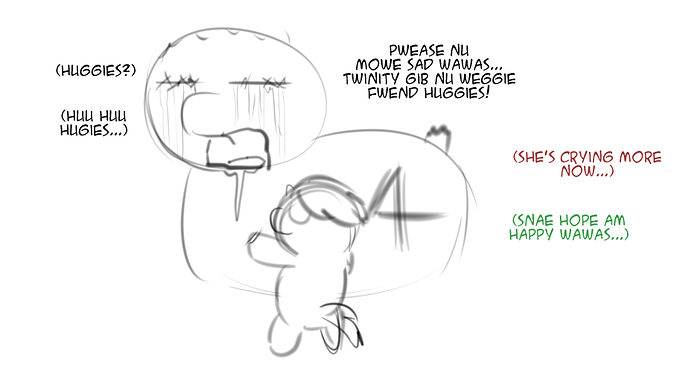 **Forgot to add in the description of the breeding units that their jaws are broken, so they stay permanently open for the feeding tube. also that eyes are sewed close but that one is obvious from the comic XP

What I was suspected turned out to be the case. I can only hope for the best for something so broken, but at least she knows what hope is compared to your standard breeding unit.

Poor innocent Trinity is gonna face some harsh realities during this comic.

Wild theory: what if 4 is Trinity’s mother?

Also, Trinity’s innocence may be what saves her from the awfulness in front of her. She seems able to look past all that to see the fluffy inside or at least what they are needing in that moment (i.e. the unbridled power of huggies).

Pretty much, all she is seeing is a sad fluffy, the fact its mangled is uninportant for her.

And i thought about the Unit 4 being Trinitys mother bit, woudn’t work on the timeline i have in mind (and would be TOO convenient)

Fair point, trust me I know all about fun ideas getting kicked in the face by the timeline

That is some weapon grade schmaltz.

It seems like she was still ‘converted’ young, with how much she’s thinking about her mummah. Poor little girl.
Trinity getting out is suspicious… I’m gonna go out on a limb and guess she has fluffy physics abilities.

What about the ability to phase through walls? She could then also phase hugs directly to the source of the injury…could revolutionize fluffy medicine!

Sure, sure, be reasonable and logical…

With Jellenmancy Soul Surgery, Four would be better and enjoying her new home in a day; but with full mane and fur, working legs, vocal box, and trauma gone. So, I am confident in Dr Fixer and Snake doing well in surgery along with Trinity in recovery.

Sawn shut, by this are the actual eyes still in there or already removed since its foal days?

Seems Trinity have something of a houdini here. I think Trinity has that feelin since she was a foal in a can before guess it click her seeing this poor mare’s state.

The Fixer isn’t just fixing fluffies, he’s really out there fixing the world!

If the eyes are only sewn then they may still be savable. I love where this is going.

Could the eyelids be re-opened? Or would the nerves atrophy from lack of use?

For the other units no, the nerves would be too far gone to even open the eyes.
This one we’ll see