Well, let’s say this is the calm before the storm o_o
How you ppl doing ? hope it’s all fine!!
Another adaptation of @Za’s original story that you can read here !
Hope you enjoy it!!
Thank you! 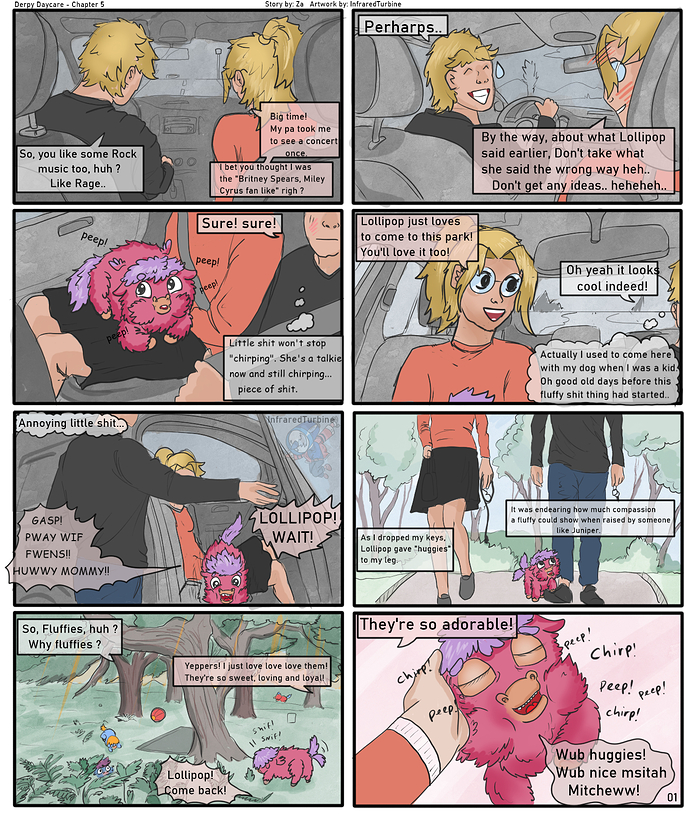 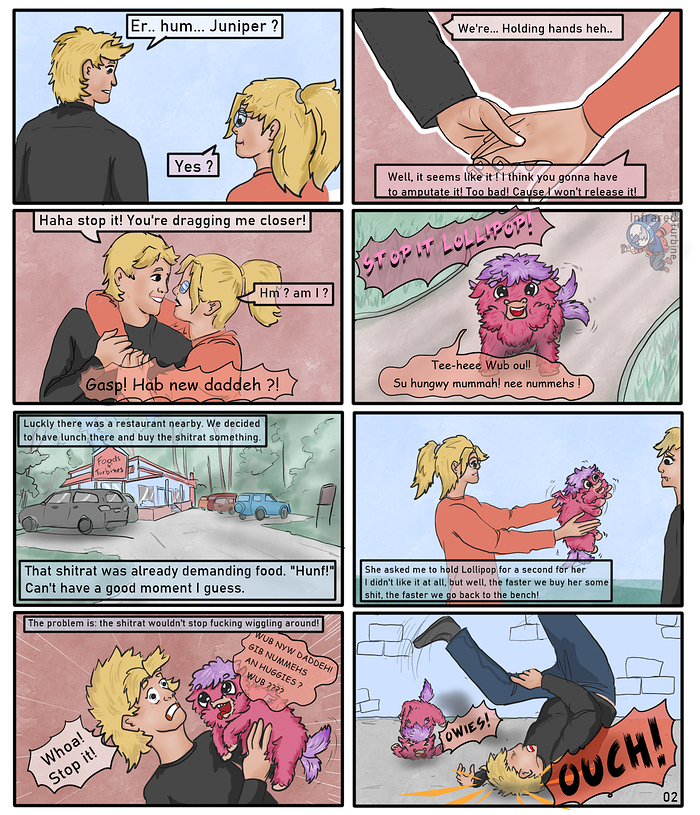 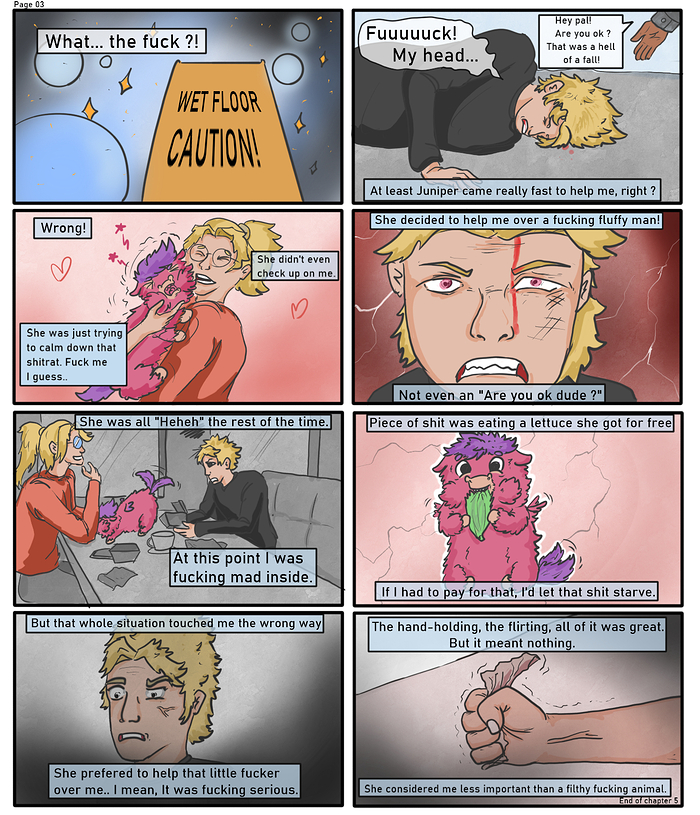 For commissions, illustrations and so on, feel free to contact me here or on discord!

Amazing work as always, Turbine. I can’t wait to see how you bring the final chapters to life.

Indeed
Turbine has a knack for bring works to life.

And now he’s gonna be both an abuser and an incel.

The proper term is “vocel” or voluntary celibate

The girl is into him but he just realized she’s not for him, hence the “voluntary” part. I know incel is the go to insult for “shitty male” on the internet but there is some specificity to it.

I mean… Dude, the fluffy is her pet. Of course she’d prioritize its well being over you. This guy is radiating incel energy.

Dealing with emergencies or accidents are THE moments in which your real character will shine through. It’s the kind of stuff that if handled properly will make the other person say “that’s the moment I fell in love with you” or “that’s when I got mad respect for that person” when asked much later.

On the other hand is property. My car, my dog, my fluffy… all of those are obviously more important than some random human life on the other side of the planet, right? You don’t have much influence over that hypothetical human being even if you cared, so why bother?
Now what about in the same room? What about a work colleague? A potential love interest? Forget priorities, would you still not care AT ALL?

That’s a big oof in my book.

Agreed. There is not much wrong with checking on your stuff first, if I hit something with my car I’m gonna take a quick look at my car before checking what got hit. The part she fucked up on is sitting there playing with her fluffy while the guys she’s with just took a nasty head injury and was helped up by a random good Samaritan, she didn’t even walk up and ask if he was okay. He has every right to be pissed, that’s not “incel” behavior when you get mad at something like that. Only an asshole or genuine sociopath cares would ignore an injured person, and injured FRIEND over playing and comforting with their scared fluffy.

A reasonable person would talk through his feelings about this with her.
I am guessing this guy isn’t reasonable.

I’d be more sympathetic if it weren’t well established that the guy is an asshole. He gets angry that the fluffy is eating, for crying out loud!

He’s an angry, surly loser working at a job with animals he hates. I’d ignore him in favor of the fluffy too.

Mitchell’s not supposed to be someone you root for, but you will (by the end of the next chapter, probably) understand why he acts the way he does. I’m honestly kinda flattered that my characters can spark so much debate.

She doesn’t know that though, that’s info privy to us the audience so it’s a dick move. That being said he is a prick to seethe this much and focus on the fluffy instead of the action (well lack of action).

His specific thoughts, no, but its easy to tell when someone is pissed, and unless he’s a great actor, she’d likely pick up on why. If he keeps glaring at the fluffy, for example. But you’re right, I’m extrapolating beyond what is actually in the text.

In the written version, he’s more subdued in his anger until dropping her of back home. In the comic version you see here, we opted to change it up for drama’s sake

If people dislike one of your characters, that just means you’ve done well – better dislike than indifference, people don’t dislike characters they don’t care about.

Now, if they dislike all your characters, you may have a problem.

To be fair you’re talking about a girl who chose to cuddle her fluffy after her friend just took a head first spill on a hard linoleum floor, hard enough to bleed. Her priorities are a little skewed