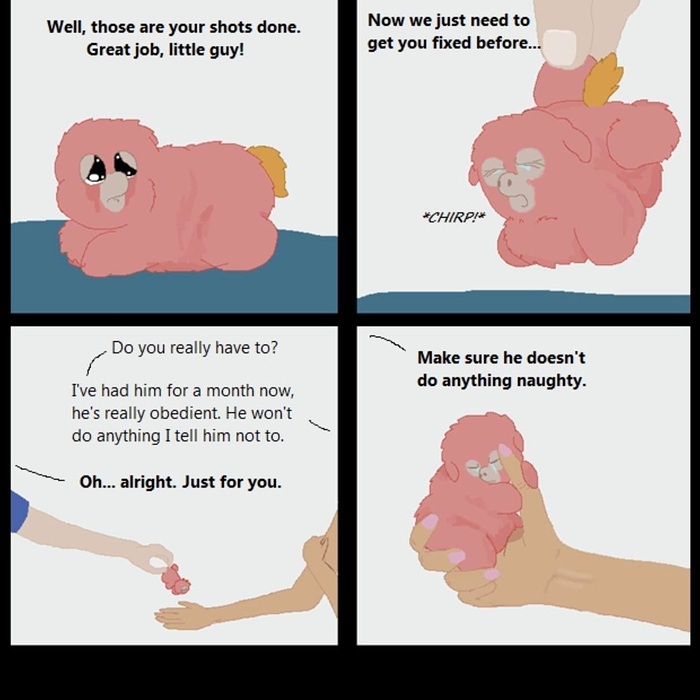 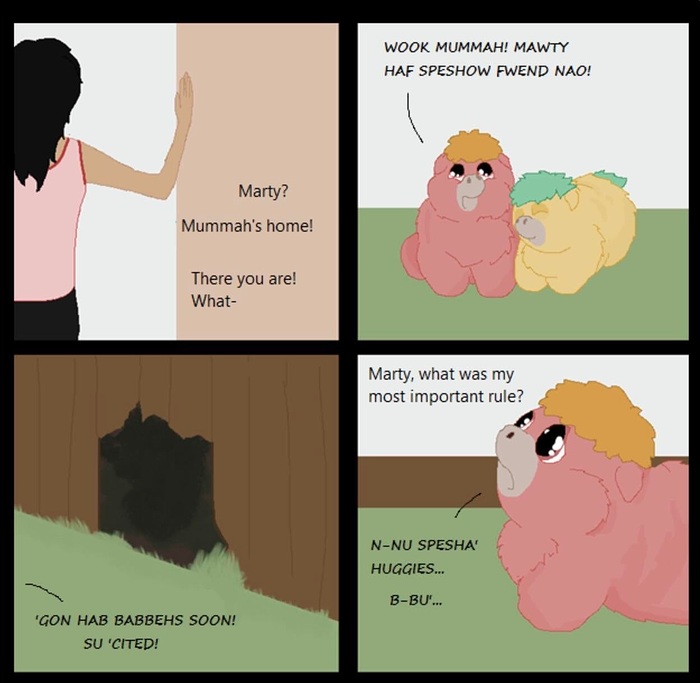 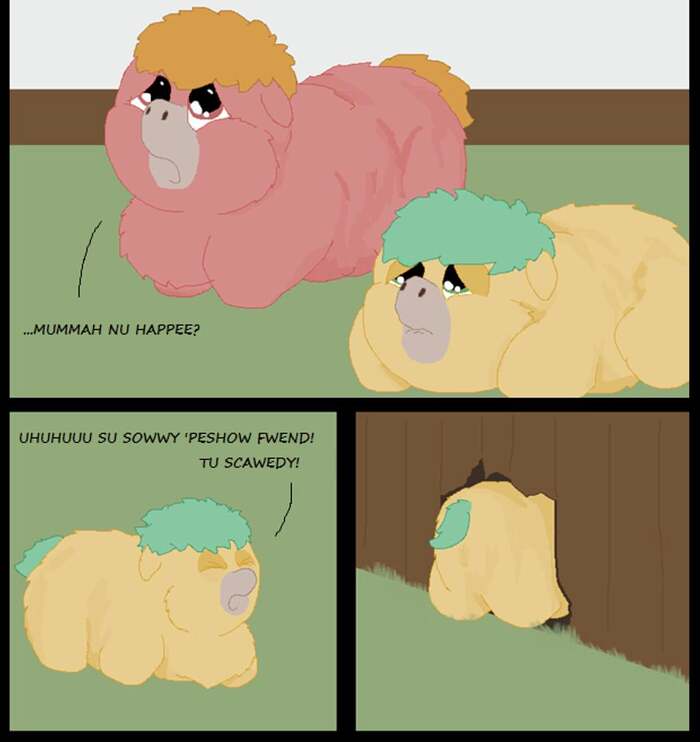 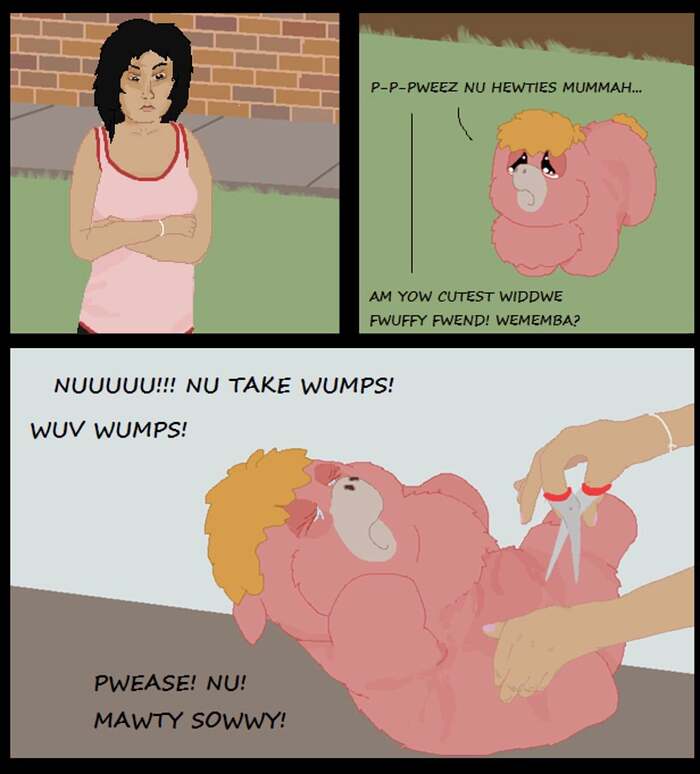 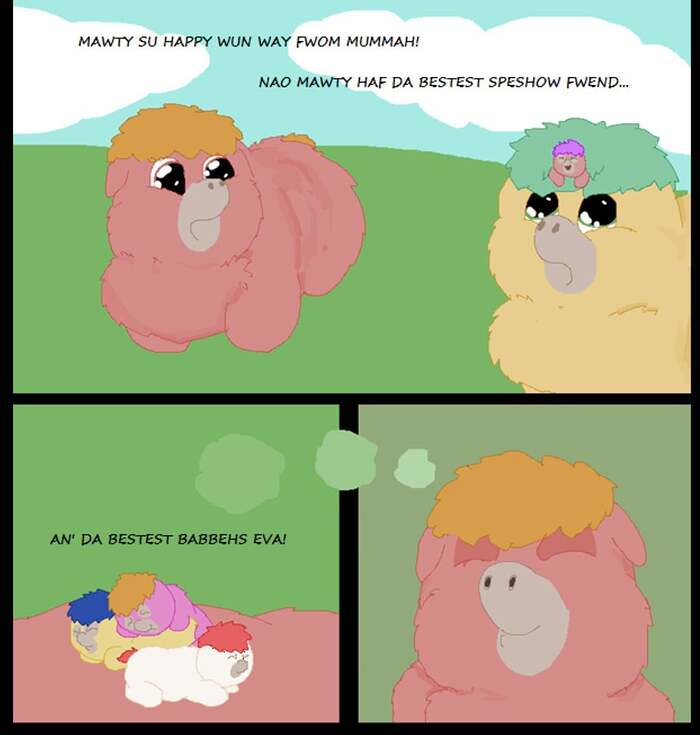 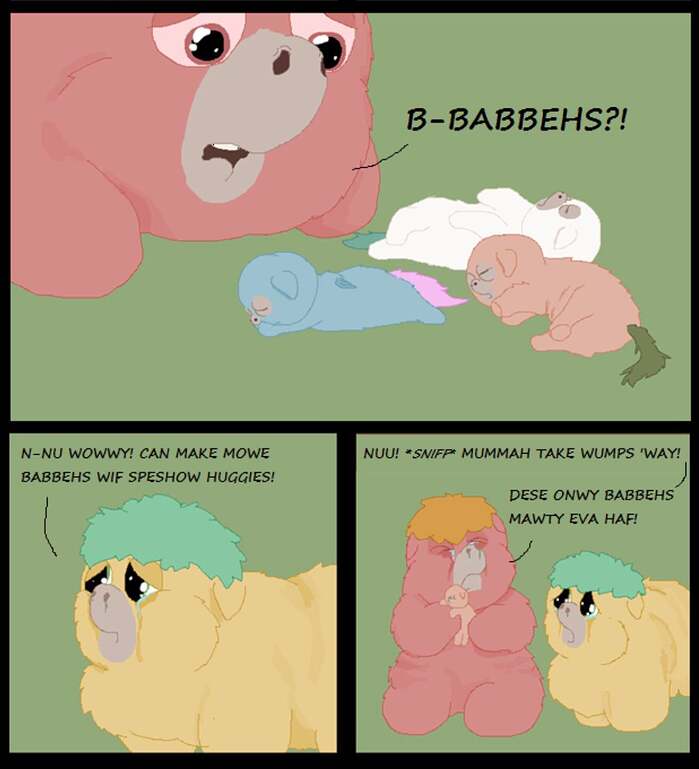 This is why you get your stallion a Special Huggie Friend.

I’d serve him that slut’s head on a platter, just to make sure he won’t do this shit again! Gaah!

Stillborn? Or died lack of milk? Sigh wow that bitch still manage to break through the blockade.

Apparently, every fence in the world of fluffies is made of styrofoam.

Do you have a better explanation?

Stupid laziness is just not fixing the fence.

Smart laziness is replacing the fence with one made of something that fluffies can’t break through, so you don’t have to keep fixing it.

When I was in early college I knew a guy who had 5 kids with 5 different women. Marty is smarter than that guy was. The Christian college I went to? A couple of guys got expelled for getting caught having sex (usually getting their girlfriends pregnant in the process).

IMO the truly dense idiot was the owner.

“Oh my precious little darling is so well-behaved, he won’t knock up a stray mare.”

On the other hand, Marty knows he did something wrong and even wants to leave his owner just for the sake of having babbehs with Kool-Aid girl here (because she knocks down walls, get it?). And when he realized how much he fucked up he tried to save his ass from impending beating/castration by playing the “I’m your little darling, remember?” card. He’s a manipulative little prick who thought he can get away with it, because he’s mummah’s cute widdle fwuffy fwend. Like I would be getting fooled by some retarded stuffed animal. Scissor castration and ded babbeh’s is not a hard enough punishment.

because she knocks down walls, get it?

wolfram was good with fluffies and stuff. not so good with human faces

Eh. Look at how many people are good at writing Fluffspeak, but mangle their human dialogue because English isn’t their first language.

I’m not judging, I’m just saying, it happens a lot.

I really like how the mare just broke back in to ruin Marty’s hopes n’ dreams. A real nail in the coffin. At least he got to see his stillborns I guess.

Damn Marty you broke the rules, but this is just the world spitting in your little face.

Damn Marty you broke the rules

That ain’t even his fault.

His owner actually expected him to not have special huggies at all.

If she had just given him another outlet for his natural urges, she wouldn’t have had to castrate him.

So this is all on the owner for not using her head.

I know Marty brought it on himself, but Wolfram makes their Fluffies just pathetic enough to make me feel bad for them.

One of our greatest artists is back in the fold! Good to have you back @wolfram_sparks

I’ll bet they weren’t even leading by example, stupid lustful humans, and their unrealistic expectations.

But impregnating a malnourished mare seems to be.

Yup, look at how unsuccessful abstinence programs are for humans.

And fluffies have so much of us in them.

Fluffies are basically what you get when you take the best and the worst of humans, and dial them both up to 11.