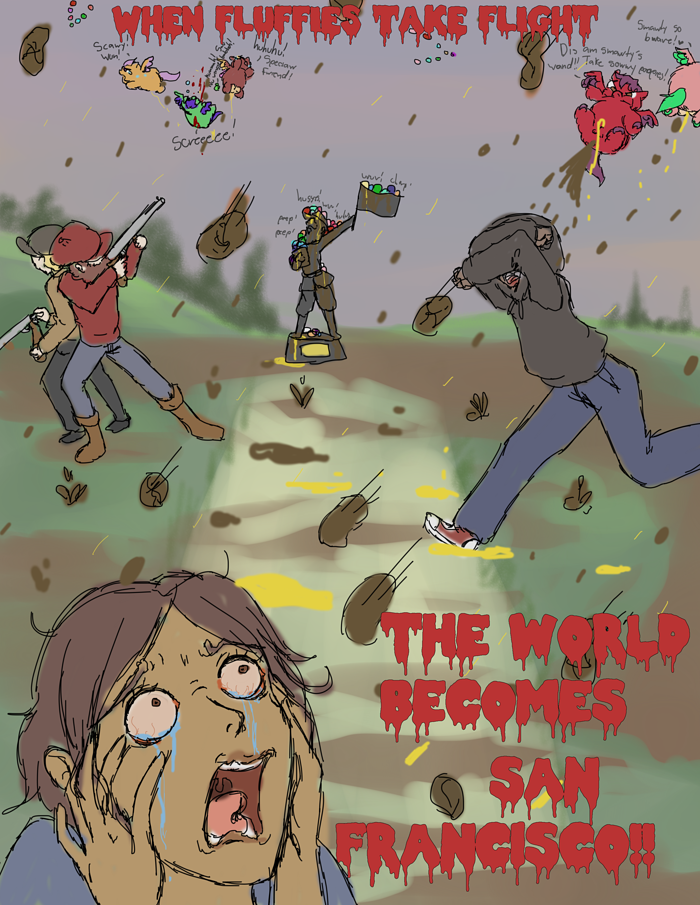 Working on something else but wanted to participate in the week’s activity, so here’s a quick one! Not sure if weirdbox or horrobox… can you imagine?..

its even good for a horror movie poster like The Birds.

For some odd reason all I could think about are those Area 51/House of the Dead knock offs games you see in local pizza shops.

San Francisco? I’m afraid I don’t get the reference.

I think it’s in reference to the seagull population, specially round places like Fisherman’s Wharf.

Humanity hastens its own demise.

THIS IS WHY HASBIO MADE THEM NOT FLY!

I’m not from the States so here what comes to our minds when thinking about San Francisco are:
1.- Big red bridge, specially from movies.
2.-Shit, piss, vomit, homeless, used syringes and crackheads everywhere, at plain sight, everytime and everyday. From memes but according to some people that’s actually how the city is since the government gives free drugs or something like that causing the syringe problem.
3.-The 49ERS football team.

Alfred Hitchcock’s ‘The Fluffies’ coming to theatres this December. 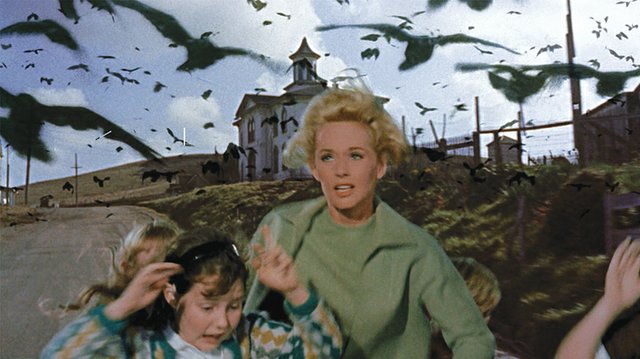 Exactly right, I’m smoking my government mandated crack pipe as I type this.

I think my favorite part about this are the random cowboys taking shots at the fluffies.

I believed it was something with syringes, that’s why they have a whole team for used syringes cleaning on the streets xd
Like duck hunting.

Ewwww! Even in a reasonable non-abuser universe, I don’t think average folks would be able to tolerate this shit. Literally.

In such an enviroment, I wonder how long until civilians can get their own McCIWS installed on the roof.

I knew they should have gone extinct
Flying or not let’s kill them all already !

It’s similar to the situation with Skid row in LA, the Combat Zone in Boston, and New York before the 80s. Basically until the ultra rich decided to drive everyone (poor people) out and take their properties it was at best more spread out or at worst areas with major lawlessness. Coinciding with Reagan throwing the mentally unwell onto the streets and “war” on drugs it created extreme microcosms of segregated parts of those cities which basically dragged down their images in the long run. This sort of history is slowly being eroded away by actively hiding the poor and gentrification.

The city has a major public dedication problem

I know you hate them with every inch of your soul, but no, we are not going to kill them all
It won’t be as fun if all of them are gone

I mean, there would be a lot of crashes.