It’s been a few days since you got Marley and Piccolo, and as Mark said, they’re settling in nicely. The new stroller finally came in, so you decided to take the boys on a walk. It’s a nice day.

The stroller is equipped with the works: soft padding, pillows, a snack dispenser, water bottles, a built-in litterbox (which can be emptied into a waste tank under the, um, the basket. You don’t know the word), a retractable cover in case it starts raining, and some of the boys’ favorite toys, though you have a hunch those will be ignored. It was a bit pricey, but your boys deserve the best!

After rolling up a few spliffs, you head out. As you turn into the next street, heading to the park, a foul odor wafts into your nose, powerful enough to mask the smell of the spliff you’ve already lit up. You degenerate, you.

It smells like death. Fluffy death. And the boys notice it.

“Nu smeww pwetty!” Piccolo exclaims. He looks scared. Marley stays nothing, but you can tell he’s trying to stay calm.

You see the source of the stench, and suddenly you’re glad your fluffies can’t.

Some sick bastard impaled a bunch of fluffies in his back garden and left them to rot. You gag. Who would do this?

You walk past as quickly as possible, shielding your fluffies’ eyes as much as you can (“Look away, children! Look awaaaaaayyyy!”) and as you reach the street on the other side of the house, you see the culprit.

He’s packing boxes into a moving truck, along with a man who looks like an older version of him with darker hair, next to a pickup truck already packed. In the passenger seat, you see a purple fluffy in a carrier.

“Wai daddeh an Wavendew movin away?” the fluffy asks her daddy.

“Because, sweetheart, as I’ve told you, we were only renting the place, and when the landlord saw what I had done out back he told us he was keeping the deposit and that we had a week to leave. We’re going out to the countryside, to stay at my brother’s farm. You like uncle Leslie. And it’ll be easier to deal with our little problem out there.”

The fluffy doesn’t seem to understand everything, but she at least looks satisfied with the answer.

You wonder what kind of problem they could be dealing with that lead to a bunch of fluffies being impaled, before you realise how rude it is to eavesdrop and move on, now knowing what all that racket was that you heard the other week. As you stepped outside to investigate, before realising it was none of your business, you could have sworn you saw a small black shape scurry towards the sound, muttering HOO BOY, DIS GOWIN TU BE A BIG JAWB. But then, you were pretty fucking high that day.

You get to the park, and when you pass through the gates and the fluffies lay eyes on all the sights, the horror show that you had passed a few streets back is completely forgotten.

You head over to the foal area, passing by the kids swinging on the swing-set, and the big fluffies playing huggy tag, and as you reach the foal area, you pause.

There’s a woman in there, and she’s beautiful. Red hair, green eyes, and cute little dimples when she smiles. She’s a few years older than you, but you don’t really mind that. She’s playing with a snow white alicorn filly, with bubblegum-pink eyes.

You’re reluctant to talk to her. You’ve been reluctant to talk to women in general, lately. Half a year ago, you had to break it off with a girl you’d been dating for three years, because she was starting to drop heavy hints about wanting you to propose, and one of her friends had to tell you not to do it, because your girlfriend had privately admitted to her that she only wanted to marry you for your money. After that, you haven’t really been seeing anyone. You haven’t told anyone this, but for a month after you had to break it off, you cried yourself to sleep every night. If you learned one thing from the entire fiasco, it was to not tell people exactly how much money you have. You were burned too many times by fake friends before you learned that lesson.

But that was then, and this is now.

Piccolo giggles, and Marley has a look on his face that says “you just said something dumb, but you don’t know it”.

Well, now you have no choice.

“Do you guys want to play with the alicorn-- uh, pointie-wingie fluffy?”

You walk into the play area with the stroller, up to the redhead and snow-white fluffy.

She gets up and looks at you, and by the look on her face, she’s probably used to random guys walking up to her and talking to her out of the blue. You’re guessing she’s heard every cheesy pickup line at this point. Part of you starts screaming internally. Don’t fuck this up.

“W-well, it’s just that my fluffies saw your alicorn, and–”

“Let me guess, they don’t like munstah fluffies.” she replies, silently mouthing the last two words.

You’re not usually this tongue-tied. You suddenly feel like it’s been far too long since you lit up a spliff. This would be a lot easier if you were a bit more stoned.

“Do your fluffies want to play with Snowball?”

“Yes! Uh, um, yes.” Your voice just went a bit too high there. You pray silently to any god that is listening that she didn’t notice.

As your boys and Snowball get acquainted, which of course, involves hugs, they start on a game of huggy tag, which involves more hugs.

Sitting on a nearby bench, you and… you haven’t asked her name yet, you dick! The two of you are sitting on the bench together. You take out a spliff and light it. You don’t see a no smoking sign, after all.

After a few puffs, you decide to be a bro and offer wossname the spliff.

She takes a few puffs, and passes it back to you. You didn’t even need to hum a few bars of Pass the Dutchie like when you’re hanging out with your friends and need to drop someone a hint to stop bogarting the bong already!

“It’s Judy. These your first fluffies?”

“Oh yeah, I just sort of decided to get Marley, but then I read it’s better to have two of 'em, so they can keep each other company when you’re not around, so I went back the same day and got Piccolo. Apparently, a fluffy growing up solo is more likely to become a smarty, or a bitch mare.”

“Really? Well that explains a lot. My first fluffy was a smarty, he ran away. Never saw him again.”

You have a hunch. “Did you get him from Dave’s mill?”

“Dave is a… eeeehhhhh, friend is a strong word, but he’s an asshole I’ve known for years, and his one redeeming quality is the greenhouse in his back yard. That’s the whole reason he breeds fluffies in the first place, fluffy shit makes weed grow like weeds, and he sees any money he makes selling the poor guys as a bonus. I’d call the police on his ass, but nothing he’s doing is technically illegal, and I don’t think he’d sell me weed anymore if I did.” Okay, you’ve calmed yourself down. You’ve stopped talking like a cowboy, and you’ve successfully resisted the urge to sneak peeks at her cleavage. Don’t fuck up now!

“Y’know, it occurs to me that you haven’t told me your name,” Judy slyly remarks.

Ssssshit. Name. What is your name? How can you forget your own name? Okay, okay, don’t panic, calm down.

You glance at the fluffy trio, still playing happily.

You turn to Judy, and manage a smile.

“It’s Calvin. Call me Cal. Everyone does.”

Yeah, I’m trying to give Calvin/the Stoner more of a personality than “dude weed lmao”. He’s the kind of guy who’s gotten used to putting up a “cool” front to mask his real feelings.

Ssssshit. Name. What is your name? How can you forget your own name? Okay, okay, don’t panic, calm down. 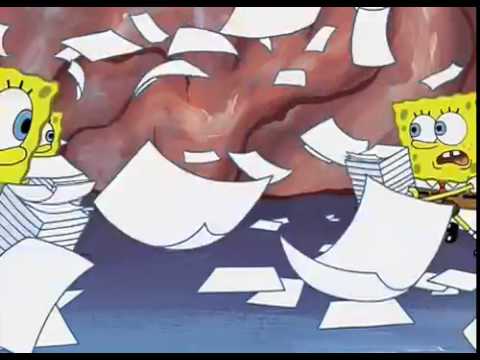