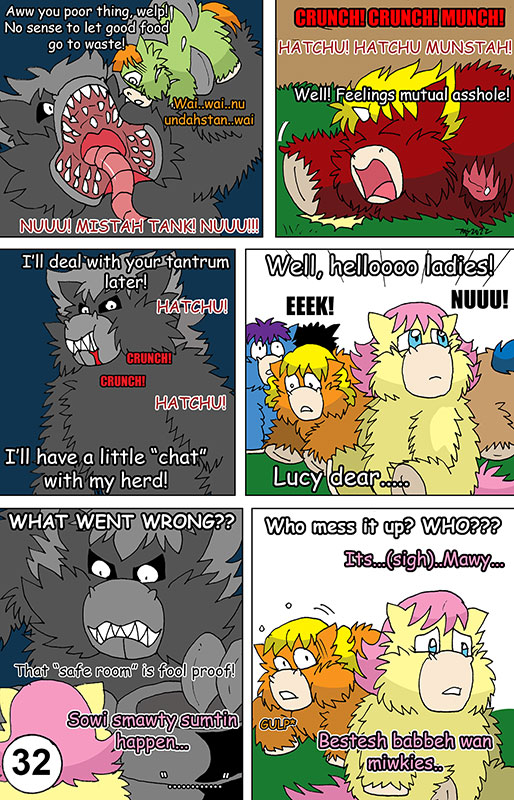 Waa waa waa Red, all you can do is cry now, utterly pathetic, where is the bravado now?

While it is Marry and her bestes brats falt they got caught, Zorn also shares some of the blame, he is a “fluffy farmer,” he knows the trouble bitch mares, smarties and bestes bebbehs brings, so he should have killed the blue shitstain when he showed the sights of being a besstes.

True he wasn’t expecting it to happen when he isnt in his watch. It happened sadly. Looks like he needs to change bout that as well.

Mary you dumb bitch, you fucked around, now you gonna find out

The herd leader after finding out it’s Mary’s fault 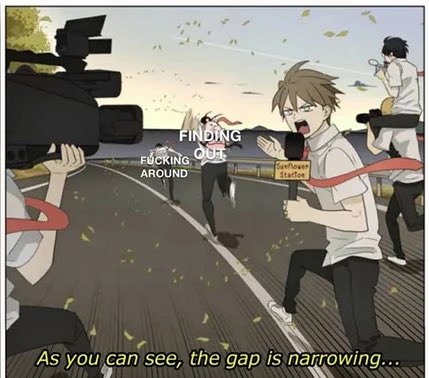 I’m stealing this image, I’ve needed it so many times

Its was at that moment, Mary knew, she fucked up.

Welp, Mary is totally fucked. Should of tought twice before being selfish

Wooo the finding out continues! Bye bye Mister Tank, your mistake was thinking a fluffy could win against a cryptid predator. Wonder how lil’ bestest is going to survive now without a mentor to guide him to fight. Maybe he’ll get eaten by scorpions! /yesman

Aww, Lucy knew this was coming way back when the safe room got busted into. Somehow it doesn’t appear to have occurred to Mary that the worst part of her day wasn’t going to be watching her bestesh get spitroasted by those toughies. Now we just have to see if Mary is the one that gets made an example of… or if Lucy gets made an example of for not taking care of this potential problem in the first place, with Mary getting to be the next ‘Lucy’ for the herd…

All of this seems to be going in cycles so why not the herd’s lead mare?

Yup basically she still have that dumb idiot issue of her sorry life. And as always not taking her responsibility as a mother and ends up goin on a crying tantrum.

Well her attitude comes from her backstory

Reading it can really makes your blood boil due to her stupidity.

I hope the women are spared, they did what little they could.

In that kind of position, lets say that we LIKED the blueshit rat, (we obviously dont), but the herd needs its babies, its a 50/50 of ‘how to shut it up.’

Now the kid could be smart and just grab a tit or a mare could of shut him up forever with a stomp. Didnt REALLY matter in the end.

I wouldn’t be surprised if that best baby was a case study only and would always die either way since I bet he saw the lil brat a few times almost a hex or cursed or genetics of bad fluffies triggering this so as to the only reason the brat was alive to study it.

Yup sadly Mary was raised as domestic but got very weak motherly duty all she do if anything goes wrong is cry like an idiot. Which added the tragedy of the safe room

So out of all the gals here i hope shes mauled like a chew toy.

But this is personal. But he’s gonna have a few bad toughie get their punishments soon.