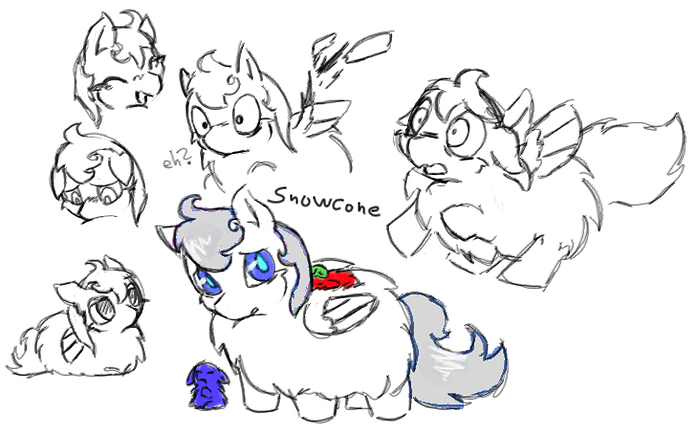 30358
Design doodle for Wawa (antagonist) plus some unrelated art - his mane changed design a bit later on. 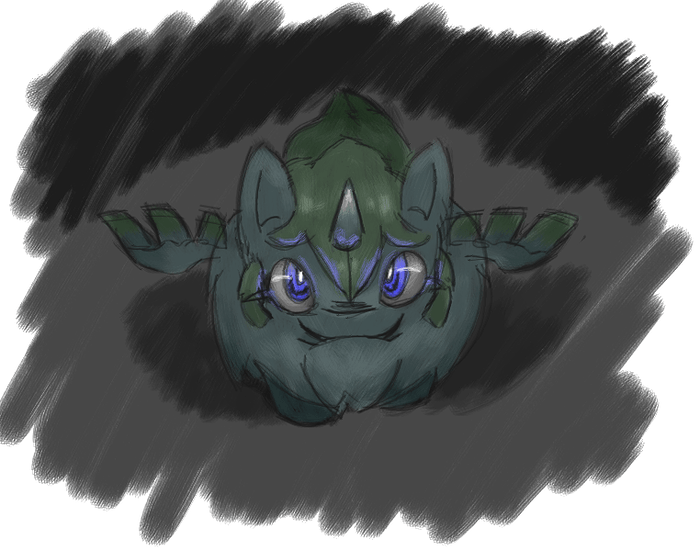 30455
Response to critique about my fluff-speak. I think I have it down a bit better now, but I still don’t know how this particular sentence would be phrased.

30877
Comic/concept for an ex-smarty being kept and starved in the castle. Also the basis for Wawa liking swing dance music (the song is Panic by Caravan Palace) 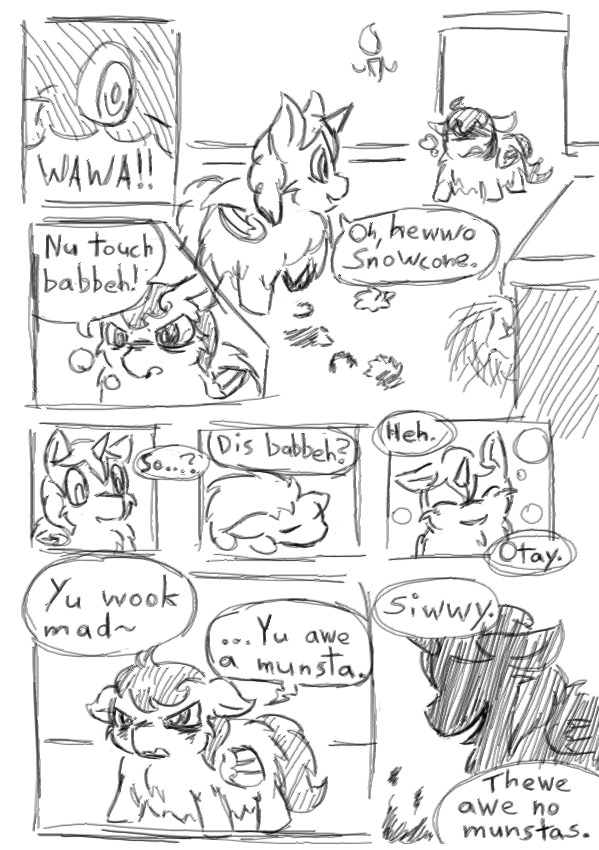 31483
Unrelated doodle of a taxidermied fluffy, which later became the basis for the Doll Fluffies in one of the areas 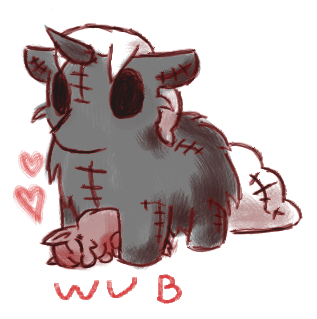 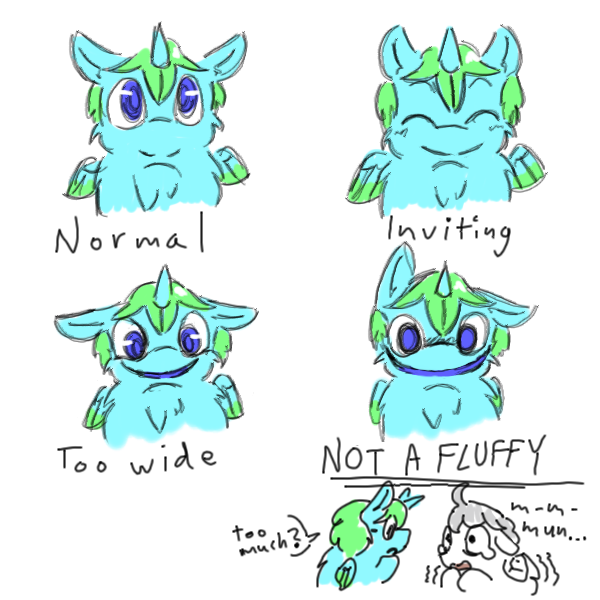 33190
Another unrelated doodle of Doll Fluffies, which later served as the basis for the Doll Fluffy room 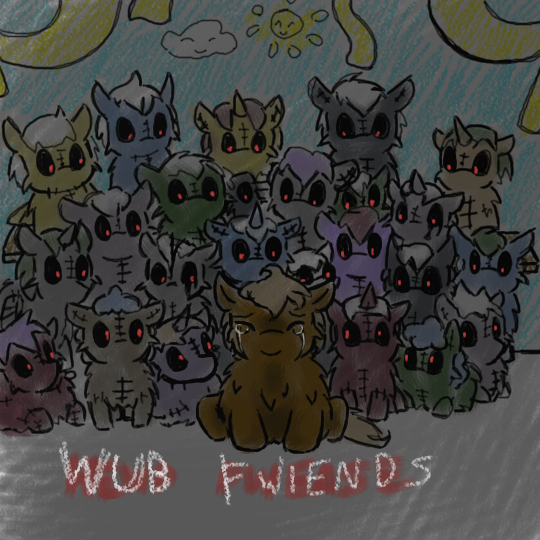 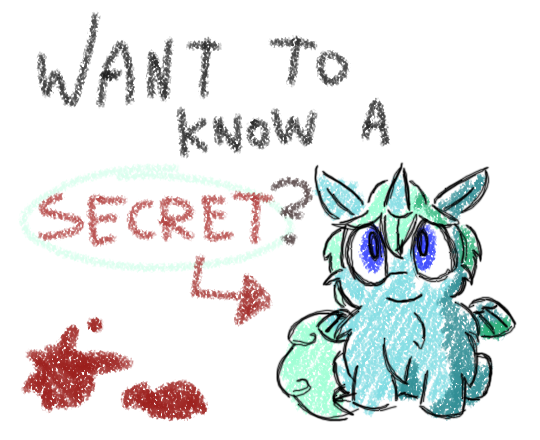 34765
A summary of the scrapped game concept 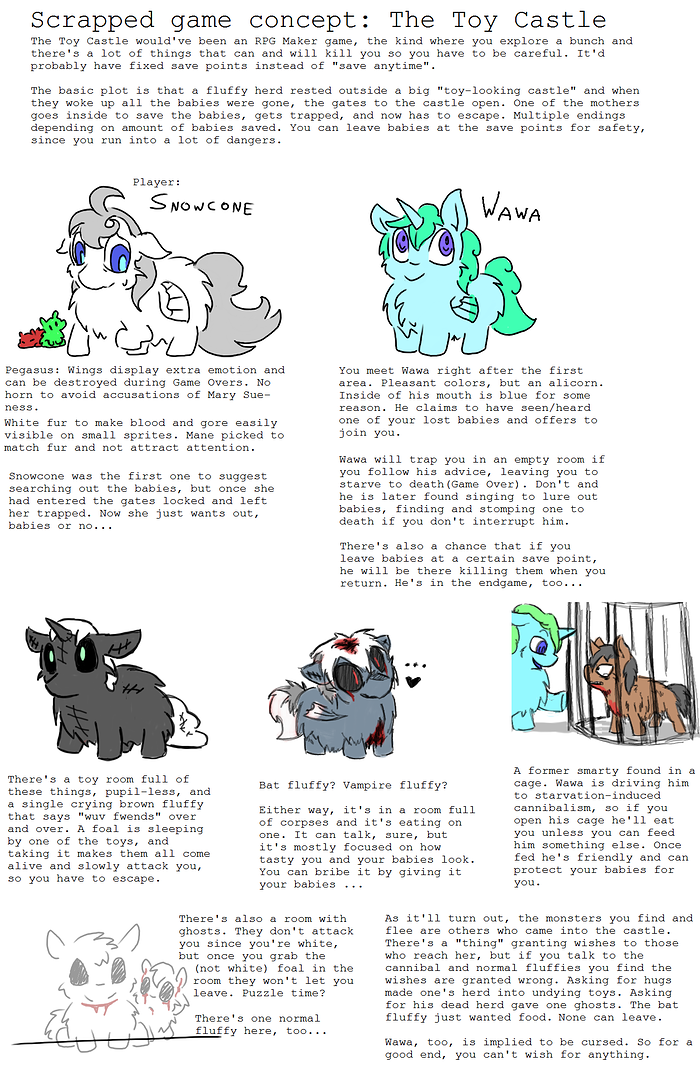 Concept drawing of the “Wawa traps Snowcone” scene (notably, her back isn’t injured, the blood is from crushing her foals while tumbling down the stairs) 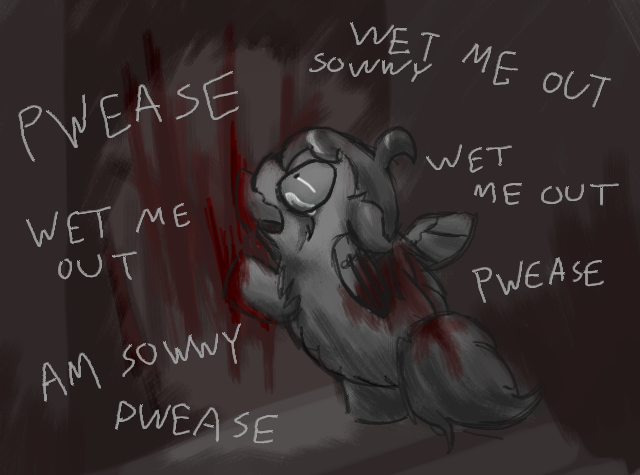 34766
Game Over CG for dying in the Doll Fluffy room 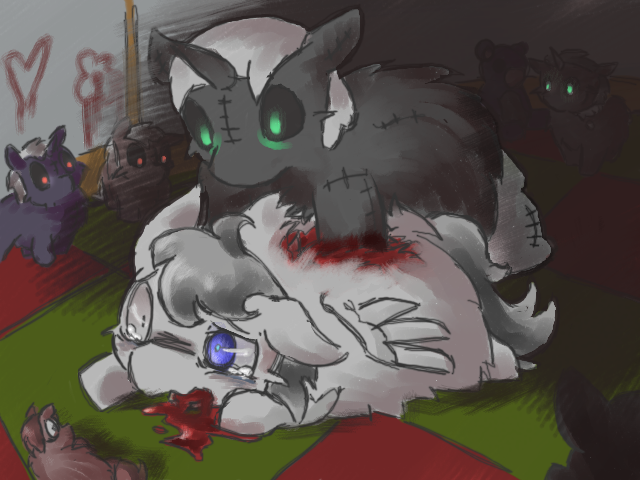 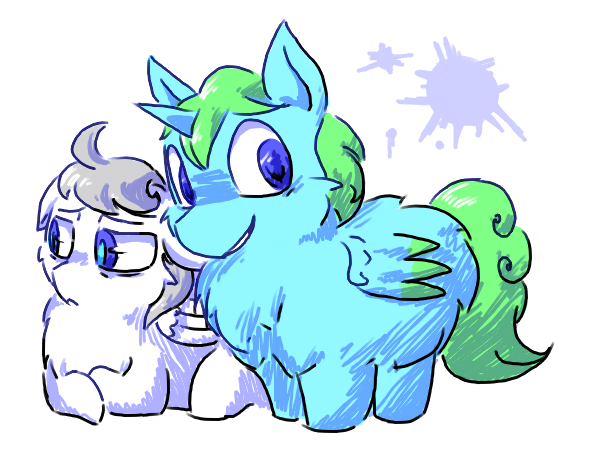 50882
Come on Snowcone you can totally trust him, look at that face

The Toy Castle was a horror game that Squeakyfriend was working on while he was in the fluffy pony fandom. At some point he may have scrapped it, but Squeakyfriend kept drawing concept art of this game. The basic premise is of a fluffy mummah having to enter a mysterious “toy castle” rescue a herds missing foals. One of the villains is “Wawa” a mysterious blue alicorn. Other enemies includes zombies, a vampiric bat-fluffy ghosts and perhaps more…

The Toy Castle is a piece that I feel reflects why I consider horrorbox to be a unique box different from “abuse” or “weirdbox”. While one could argue that elements of this story is “weird”, it also seems plausible and at least consistent within its universe. Also, the monsters depicted in this story are not typical of abuse characters.

Squeakyfriend never got round to making the game, but the art was definitely interesting. The comments had more lore but with the death of the booru, it may take a while to find out the context of some of the pictures. Also included is the very last picture Squeakyfriend drew for the fluffy pony fandom, which is at the end of this gallery.

The Toy Castle was mentioned in Part 4 of the Sam Adams Guide, and is another one of Squeayfriend’s many unique ideas and contributions to the fluffy fandom.

I’m absolutely loving the idea. This would’ve been amazing. Which makes it all the sadder that the concept was scrapped.

fluffspeak is kind of interesting from a linguistics persepective, having no 1st or 3rd person pronouns they just use the word for their people

Personally i don’t think too hard about fluffspeak and just throw in what sounds …fluffy ish.
Course i generally consider them to be as intelligent as up to a 6 year old child.

…a mentally defect 6 year old child
…that just got concussed with a softball.

Depends on headcanon. My own personal approach is to treat fuffspeak as a fictional development of English, much like how Newspeak is treated as afictional language within the context of Orwell’s 1984. Its an approach I use for one of my larger stories.

It’s babytalk as defined by a board of middle-aged businessmen and interns who have never spent more than 15 minutes around a baby. There’s a good chance they googled it, mistook uwu-speak for genuine baby talk and went from there.