My own continuity abuse of # Why is freshmint crying? (Bad_Roomie) 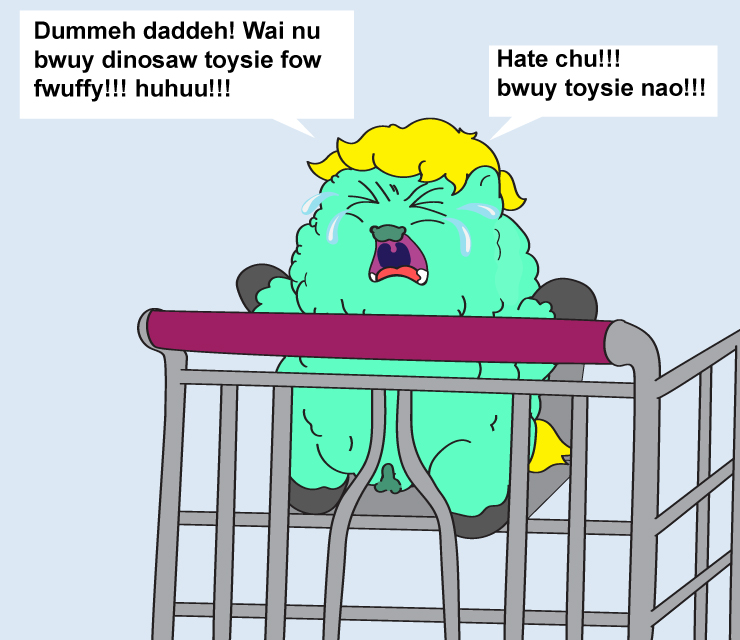 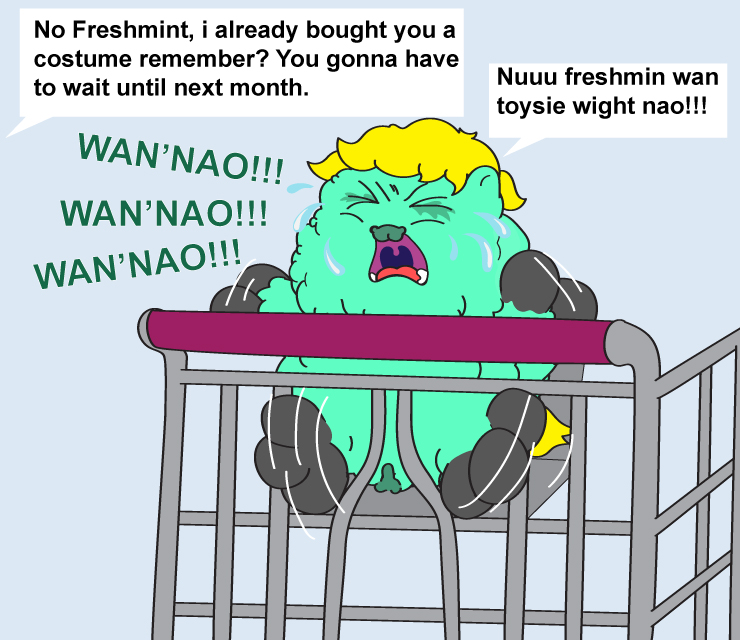 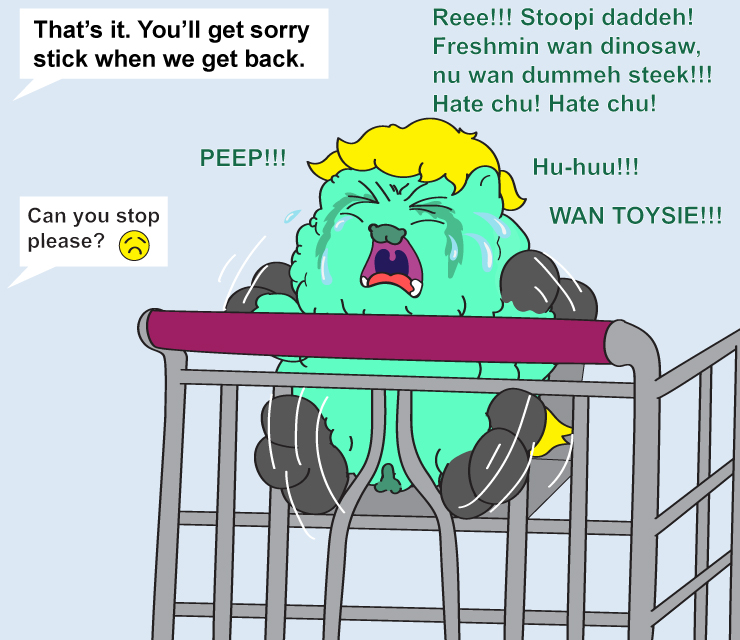 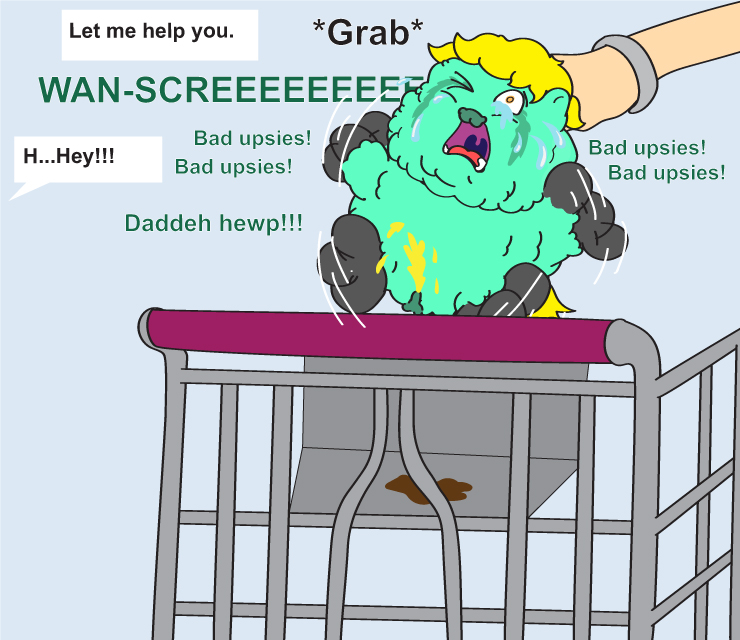 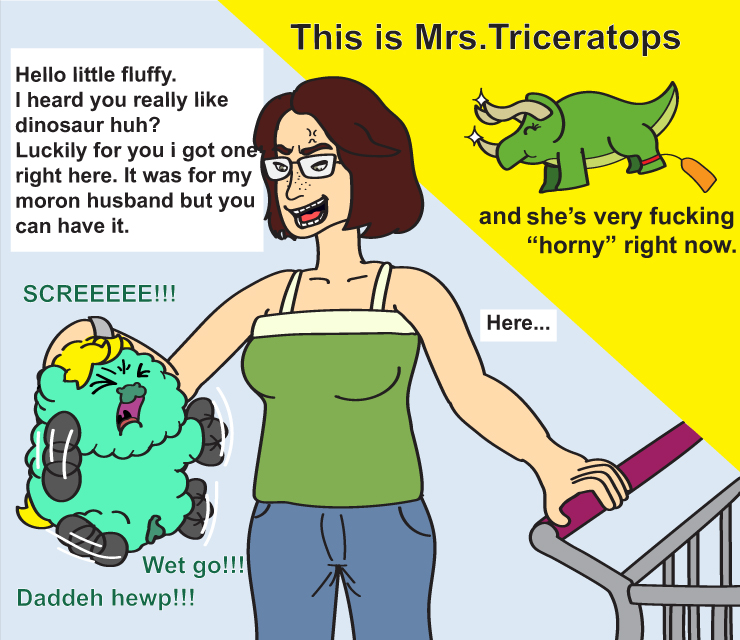 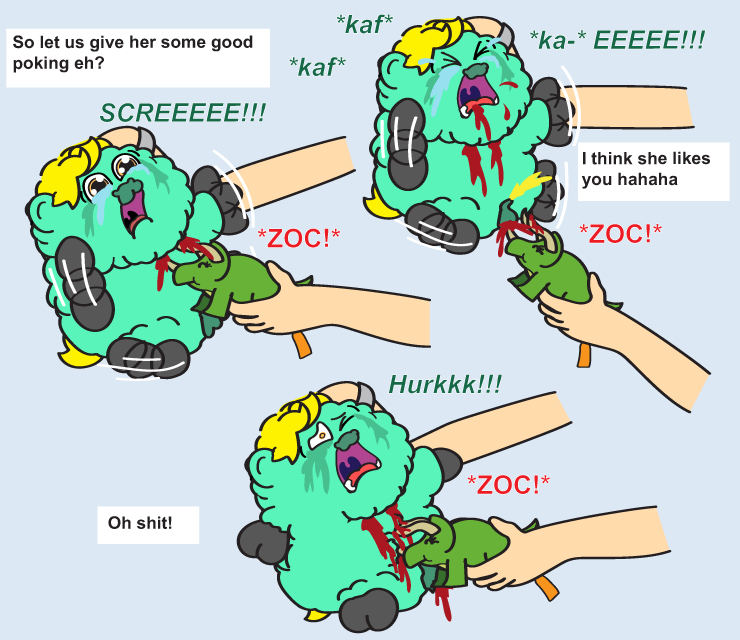 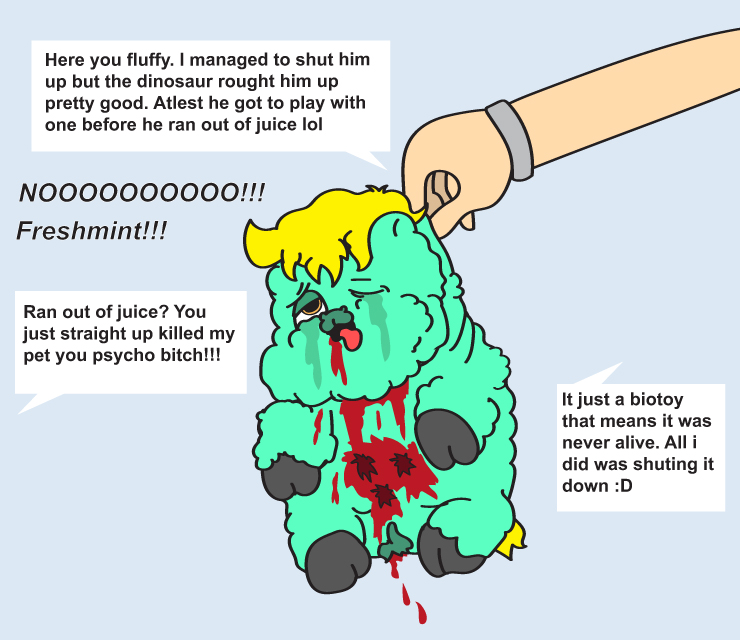 I feel like harming another person’s fluffy is still a crime, even if you don’t ascribe rights to fluffies.

I think most of us have had this daydream about doing something similar to a spoilt teen/child while out shopping.

They are so cute when they’re dead <3

This post was brought to you by
Plushie gang

You’re not silencing that ringtone fast enough, here let me help you… Whoops.

Did you ask for @Bad_Roomie’s permission to use the fluffy? Also, name in the title.

It is. Especially if the guy didn’t consent to the abuse, if that was me I actually would exploooode.

All of this is Head canon dependent

So an individual killed someone’s pet fluffy the outcome could be:

Yes he said he has no problem with references and continuations of his works.

Crime or not, it’s certainly immoral.

65 million years after extinction, the dinosaurs remains turned into oil and formed into a cheap plastic toy of their former selves to once again kill!

You fill a very important niche here and I appreciate that you dot your i’s and cross your t’s on getting permission.

“Breaking people’s fluffy and giving them an alicorn.”

ask permission to draw a fluffy what madness is this

yeah, let me reach into your cart and gouge your childlike pet possession to death.

I dont know how you feel about fluffies, but, man, she reached into my cart and broke my shit… we throwin hands on isle 7

You kill my pet I’m beating your ass.